To trek in Upper Mustang is to trek in an ancient land steeped in a colourful history and lengthy tradition. Upper Mustang has been part of Nepal for around 200 years, yet retains a strong cultural influence of Tibet (China), especially given its proximity to the border of Nepal and Tibet (China).

You will see and experience an immersion within the culture of true mountain people, who were for many years not in regular contact with other parts of Nepal. The highest point reached on this trek is around 4,300m, making it a great choice for many reasons, including the altitudes experienced.

Geographically, Upper Mustang is part of the ‘Tibetan plateau’, extending the trekking season in this area to times of the year when it is not possible to trek in other parts of Nepal (due to monsoonal rains).

Until 1950, Mustang was actually a separate kingdom sitting within the boundaries of Nepal. This area was opened to non-Nepali visitors around 25-30 years ago and access to the area remains restricted.

Special permit fee for Upper Mustang: For trekkers venturing to Upper Mustang further north from Kagbeni, it is necessary to obtain a special trekking permit, payable at a daily rate of $US50 per person (rate quoted is the 2018 rate, but is subject to change). This amount is not included in our stated trip costs due to it fluctuating from time to time). Our itinerary contemplates 10 days in the Upper Mustang area which would make the special permit fee $US500 per person.

Tenting option: where the team is 4+ members, a tent option for the trekking portion of the trip is available at an additional cost of $US500 per person.

Why join with Expedition Base?

Our goal is to ensure you have the best trip possible with our highly skilled and knowledgeable trekking guides, with a personable team, and with quality services. We do our best to ensure that your experience is in accordance with or better than your expectations. We want you to go home remembering an adventure of a lifetime with memories you will treasure for life. We have a strong reputation for high quality services and we seek to maintain our reputation with every trip that we do. To help keep our mission strong, we value your feedback at any time. It helps us to be better. When some companies keep you to a strict schedule, when needed and where you have time we work with you to adjust your timing to make your experience better. We are not selling ‘trips’ – we are offering great experiences, cherished memories, and personal challenges for you to value into the future. We provide services that many other companies do not offer – to us, they are a natural part of our service. To others, they can be add-ons at an additional fee, or not available at all. Our food offerings can be adjusted to suit your needs, season and area permitting. We have quality resources and a fun, experienced team. Our gear and equipment is fit for purpose. Our trekking guides are well-trained, experienced in leading trips and look after our clients well. We are pleased to have clients who come with us for their adventures time and again. Let us know what you are looking to experience and we will help to make it happen.

Want to make it a private trip ?

Book this trip as a private departure - for any group, big or small.

Enquire for a private trip

This trip involves medium trekking days at a slow place, on uneven terrain, with some hills, carrying a backpack weighing around 6-8 kg. Therefore, you want to have a good level of fitness, with cardiovascular exercise and own-body weight type exercises (or similar) at least 3-4 times per week for the period of around 3-4 months before this trip. Training on uneven terrain is recommended.

View the printable version of the short itinerary and detailed trip notes here.

An Expedition Base representative will collect you from Kathmandu’s Tribhuvan Airport and
transfer you to your hotel. It’s then a free day to recover from your international flight or take in a
spot of sightseeing or visit Thamel, the main tourist area (for shopping and restaurants) in
Kathmandu. If time after your arrival, we will do your gear check today. Otherwise, we will do it
tomorrow.

This is a free day for you to explore Kathmandu. Home to 5 World Heritage sites, Kathmandu is a
stunning landscape of handcrafted wooden palaces (Durbar or palace squares of Kathmandu,
Lalitpur and Bhaktapur) and glorious Buddhist stupas (Swayambu and Boudhanath). Later in the
day, at a time advised by your guide, there will be a team briefing, remaining gear checks and
welcome team dinner.

By tourist bus or private team vehicle, we will travel to Nepal’s second biggest city, Pokhara.
Pokhara located on Lake Phewa surrounded by the sacred Machhapuchhare (6,997m), and
Himalayan giants of Annapurna III (7,555m) and Annapurna IV (7,525m). Once we reach Pokhara,
the remainder of the day is yours to enjoy at leisure.

We take a short flight (approx. 20 min) from Pokhara to the village of Jomsom (2,720m). From
there we will trek along the Kali Gandaki (river), which sits at the foot of the Nilgiris (7,061m).
Arrival in Kagbeni (2800m), beautiful fortified village of Tibetan architecture.

We trek up the Kali Gandaki (river) through arid landscapes to Thangbe, a large fortified village with
painted chörtens, dominated by its old fort in ruins. We continue trekking up this great desert
valley surrounded by huge cliffs eroded over time by the wind and pierced by caves. We pass the
village of Chusang (2,980m) and then continue to follow the river. We have a final, steady climb
that leads us to the village of Chele (3,075m).

We continue up the valley to the village of Chunkar (3,750m) and its beautiful stupa. We then start
a steep climb to firstly, Nya La (pass) (3,990m) then, Ghami La (3,770m), before reaching Ghami
(3,510m), a beautiful village in a lush, green, oasis. We then trek along a huge mani wall before
heading up another desert valley overlooked by beautiful, eroded cliffs. We will pass several
stupas before reaching the village of Dhakmar (3800m), our home for the night.

First, we trek up to Mui La (4,170m) and then we down to one of the oldest Tibetan monasteries of
Nepal – ‘Ghar Gompa’, of the ‘Ningma’ sect. This monastery was founded at the same time as that
of Samye, the oldest monastery in Tibet. After admiring the statues and frescoes we start a long
descent through the villages of Lo Gekar (a monastery of the eleventh century) and Marang to
finally arrive in Tsarang amid fields of mustard, barley or buckwheat.

Today, we walk in the great valley of Tholung to Lo La (3,945m). Then, we have a short descent to
Lo Manthang (3,820m), with afternoon to explore this fortified city. We will visit the main sites and

We start the day trekking along arid ridges but then making a steep descent down to the Kali
Gandaki river, before crossing a narrow ravine. We soon arrive at the village of Dhi (3,400m), a
village of beautiful ruined forts. After lunch, we cross the river Kali Gandaki (river) then trek
through a gorge overlooked by huge and spectacular cliffs, appearing as a series of organ pipes
pierced by a ‘troglodyte’ (cave dwellers) city of many levels. We then trek to the village of Yara
(3,400m) where we will stay for the night.

We depart for a walk up to Luri Gompa, a monastery dug into fairy chimneys, returning to Yara for a
restful, relaxing afternoon.

We start the morning with a long to a pass at 3,700m followed by steep descent to the river, Dhe
Khola, which we will cross. At this location, the landscapes are always desert-like. We trek over a

second pass at 3,900m, then we have a gentle descent, transitioning to a more steep descent
before we reach the hidden village of Tangye.

Whilst this day will be our longest trekking day of the trip, most will also consider it the most
beautiful. We begin the day with a long climb to a pass at 4,100m with expansive views of
Mustang, Annapurna 1 (8,091m) and Dhaulagiri (8,167m). Then we have a short descent to Pa Ha
for lunch. After lunch we descend to the villages of Chusang-Tetang, where the houses are as high
as fortresses.

We start with a long ascent through the gorge of a river to Gyu La (4,050m), then we descend
through the village of Chyongur to Muktinath, where Hindu and Buddhists shrines sit together
including the temple-pagoda of Vishnu and a sacred spring beside which burns a flame of natural
gas. We have spectacular views of Dhaulagiri (8,167m), Nilgiri (7,061m) and Tilicho Peak
(7,134m).

We have a steady day of driving back to Pokhara where we take the chance to take in and reflect
on the amazing trip we have had, and catch as much of the views of this area before we have to bid
it farewell. It seems like the end of our trekking journey has come much too soon. Once we arrive
in Pokhara there is time for some final sightseeing of this lakeside city, and a spot of shopping in
the local shops.

We leave for the airport early in the morning for our flight back to Kathmandu. The remainder of
the day is yours to enjoy at leisure.

Your last day to take in some sightseeing, shop, relax and prepare for departure. If you didn’t make
it to Bhaktapur or the other durbar squares in Patan/Kathmandu, maybe add to your adventures for
today. This day also serves as a contingency day in the event an internal flight is delayed for any
reason.

Goodbye Kathmandu and Nepal... until next time. See you again soon! We will be sad to see you
go.

Internal fixed wing flights as per itinerary, trekking permit fee, 4 nights in Kathmandu hotel equivalent to Hotel Tibet or Radisson (Lazimpat or similar), experienced trekking guides, team transport in Nepal, lodge accommodation on trek, extensive first aid kit, welcome team dinner, all meals outside Kathmandu and Pokhara plus breakfast in Kathmandu and Pokhara, porters to carry personal/group equipment on trek, plus receive a complimentary Expedition Base trekking duffel. (All accommodation is on a twin share basis - single share can be arranged on request at an additional cost).

International flights to and from Kathmandu, lunch and dinners in Kathmandu and Pokhara (allow USD $10-15 per meal), special (restricted area) permit fee of $50 per person per day when in Upper Mustang (up to 10 days = up to $US500 per person), aerated and alcoholic beverages, personal items (e.g. phone calls, internet, laundry), tips, travel insurance (incl. early departure, evacuation / rescue) and personal trekking gear.

No matter what the enquiry, our commitment to exceptional service ensures that a helpful and knowledgeable staff member is on hand to assist you whenever the need arises. 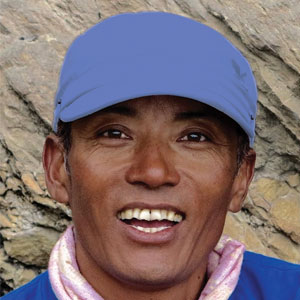 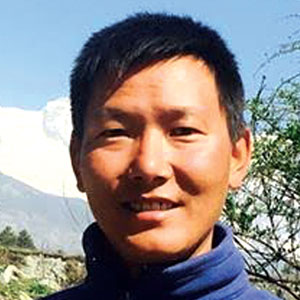 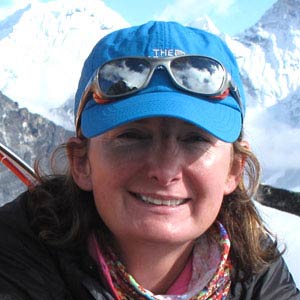 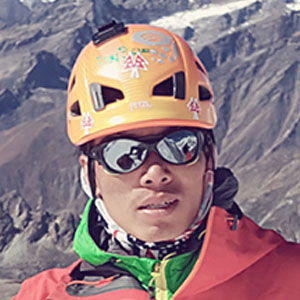 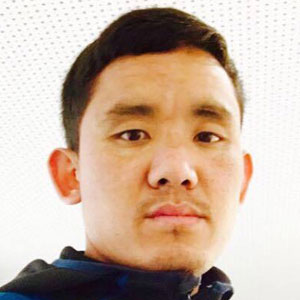 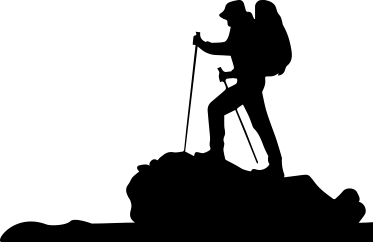